On November 26, 2021, the Office of the United States Trade Representative published in the Federal Register (86 FR 67579) Procurement Thresholds for Implementation of the Trade Agreements Act of 1979.

Executive Order 12260 requires the U.S. Trade Representative to set the U.S. dollar thresholds for application of Title III of the Trade Agreements Act of 1979, as amended (19 U.S.C. 2511 et seq.). These obligations apply to covered procurements valued at or above specified U.S. dollar thresholds. In conformity with the provisions of Executive Order 12260, and in order to carry out U.S. trade agreement obligations, the U.S. Trade Representative has determined the U.S. dollar procurement thresholds, effective on January 1, 2022, for calendar years 2022 and 2023.

During the past 50 years, the United States has played a prominent role in the development of international trade rules on government procurement. The most notable of U.S. international agreements addressing procurement and trade are the World Trade Organization (WTO)’s plurilateral Agreement on Government Procurement (GPA) and the procurement chapters in most U.S. free trade agreements (FTAs), all of which are implemented primarily through TAA. Data limitations and other factors make it difficult to quantify accurately the size of the global government procurement market. However, these international agreements have opened many procurement opportunities around the world to international competition, worth trillions of U.S. dollars annually, while also requiring parties to establish transparent and nondiscriminatory rules for certain procurements among the parties.U.S. federal procurement expenditures are estimated to have been equivalent to 9.3% of U.S. gross domestic product in 2017.

A 2017 study estimates that the United States opens as much as 80% of its federal contracts to foreign suppliers.

Posted by David Trumbull at 11:45 AM No comments:

American Apparel, Selma, Alabama, has been awarded a maximum $32,799,434 modification (P00003) exercising the first one-year option period of a one-year base contract (SPE1C1-21-D-1412) with four one-year option periods for women’s all-weather coats and Army green service uniforms. This is a firm-fixed-price, indefinite-delivery/indefinite-quantity contract. Location of performance is Alabama, with a Nov. 29, 2022, ordering period end date. Using military service is Army. Type of appropriation is fiscal 2022 through 2023 defense working capital funds. The contracting activity is the Defense Logistics Agency Troop Support, Philadelphia, Pennsylvania.
Posted by David Trumbull at 9:27 AM No comments:

Posted by David Trumbull at 9:26 AM No comments:

On November 24, 2021, the Ministry of Finance of the Government of India and by the Department of the Treasury that the United States announced political agreement with India regarding the treatment of Digital Services Taxes (DSTs) during the interim period prior to full implementation of Pillar 1 of the Organization for Economic Co-operation and Development (OECD) agreement.

Under this agreement, and consistent with and applying the same terms as the earlier agreements with Austria, France, Italy, Spain, the United Kingdom, and Turkey, in defined circumstances the liability from India’s equalisation levy on e-commerce supply of services that U.S. companies accrue in India during the interim period will be creditable against future taxes accrued under Pillar 1 of the OECD agreement. The period during which the credit accrues will, however, be from April 1, 2022 until either the implementation of Pillar 1 or March 31, 2024 (whichever is earlier).

In return, the United States will terminate the currently-suspended additional duties on goods of India that had been adopted in the DST Section 301 investigation. USTR is proceeding with the formal steps required to terminate this Section 301 trade action, and in coordination with Treasury, will monitor implementation of the agreement going forward. Treasury’s statement on the agreement with India may be found here.

The United States has now reached agreement regarding the treatment of DSTs during the transitional period prior to entry into the force of Pillar One of the OECD’s historic agreement on global taxation in all seven of the DST Section 301 investigations.

This agreement removes the threat of 25% tariff on Wool Yarn Put up for Retail and Certain Brassieres from India, as reported in March by Agathon Associates.

Posted by David Trumbull at 11:18 AM No comments:

Certain Amorphous Silica Fabric Between 70 and 90 Percent Silica, From the People’s Republic of China: Initiation of Circumvention Inquiry

On November 24, 2021, the International Trade Administration published in the Federal Register (86 FR 67022) [A–570–038, C–570–039] Certain Amorphous Silica Fabric Between 70 and 90 Percent Silica, From the People’s Republic of China: Initiation of Circumvention Inquiry of Antidumping and Countervailing Duty Orders—70–90 Percent Amorphous Silica Fabric.

In response to allegations of circumvention from Auburn Manufacturing, Inc. (AMI), the Department of Commerce (Commerce) is initiating a country-wide circumvention inquiry to determine whether imports of certain amorphous silica fabric with 70–90 percent silica content (70–90 percent ASF) from the People’s Republic of China (China) are circumventing the antidumping duty (AD) and countervailing duty (CVD) orders on certain amorphous silica fabric with a silica content of at least 90 percent from China.

Posted by David Trumbull at 10:46 AM No comments:

The Cashmere and Camel Hair Manufacturers Institute (“CCMI”), whose members include major Cashmere fabric and garment manufacturers, distributors and retailers in the United States and abroad, has filed a lawsuit in the U.S. District Court for the District of Massachusetts seeking to stop Amazon’s widespread marketing and sale, both in the U.S. and internationally, of garments that CCMI alleges are being falsely advertised and misrepresented as “100% Cashmere” when they are actually made entirely of a type of synthetic, petroleum-based acrylic that is much cheaper, less warm and more flammable than Cashmere, and contains chemicals that are not present in Cashmere.

“A consumer has the right to expect that garments offered by an established retailer like Amazon will not be materially mislabeled and misrepresented in this way, said Fabio Garzena, President of CCMI, “and when it occurs, CCMI and its members, who make some of the finest Cashmere products in the world, suffer real economic harm. Karl Spilhaus, President Emeritus of CCMI, added that “for more than 35 years, CCMI has been fighting to protect the good name and reputation of Cashmere as a fine specialty fiber; this is the latest chapter in that long story.

The complaint in the action, in which CCMI is represented by Robert J. Kaler of Holland & Knight, is available at www.cashmere.org, and details CCMI’s efforts to uncover and challenge the mislabeling at issue. The name of the case is CCMI v. Amazon.com, Inc., et al, Civil Action No. 1:21-cv-11872-WGY.

Posted by David Trumbull at 1:24 PM No comments:

Email ThisBlogThis!Share to TwitterShare to FacebookShare to Pinterest
Labels: Cashmere

Agathon Associates, will be closed Thursday, November 25th, in celebration of Thanksgiving Day, a major holiday in the United States. All government offices and most businesses will be closed for the day. Many business, other than retail, will also be closed on Friday, the 26th. 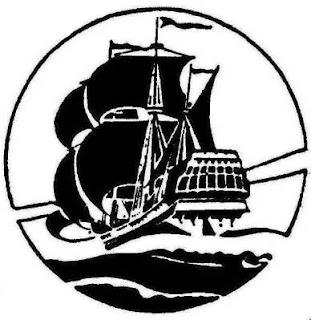 Throughout America Pilgrims, Plymouth Rock, Poultry, Pumpkin Pie, and large gatherings of friends and family will all be on the menu as we Americans of every origin re-enact and re-interpret the story of that first Thanksgiving in 1621, 400 years ago. Somehow, in the story of those Englishmen and women of a strict Calvinist religion, we find meanings to suit the needs of a multi-ethnic and multi-religious nation. Now in time of Great Sickness and Mortality we may have to scale back our festivities. Perhaps this year we shall especially note that out of 102 Mayflower passengers, merely 51 survived the first winter in New England.

Originally headed for the northern part of the Virginia Colony -- roughly in the area where New York City is now located -- they ended up landing off-course, up here in what would become New England. Being out of the bounds of any established colony, where a colonial charter formed the basis for civil society, the Mayflower passengers found themselves, technically, outside of the law. Their response? They would remain loyal subjects of the king, but they would create their own local laws. Pilgrims, who made the passage for religious reasons, and others who crossed the Atlantic for commercial gain, agreed to live together in the New World under equal laws created democratically "for the General good."

The Mayflower Compact was signed on November 11, 1620 (Julian Calendar, the 21st in our Gregorian Calendar) on board the Mayflower at anchor in Provincetown Harbor. In it they agreed to: "solemnly and mutually in the Presence of God and one of another, covenant and combine ourselves together into a civil Body Politick, for our better Ordering and Preservation, and Furtherance of the Ends aforesaid; And by Virtue hereof to enact, constitute, and frame, such just and equal Laws, Ordinances, Acts, Constitutions and Offices, from time to time, as shall be thought most meet and convenient for the General good of the Colony; unto which we promise all due submission and obedience." And, thus, was established the first experiment in limited self-government in North America.

This Thanksgiving may God bless all the readers of the Textiles and Trade Blog with his bounty and with health of body and mind.

In addition to our prayers of Thanksgiving, may I suggest --

O Most mighty and merciful God, in this time of grievous sickness, we flee unto thee for succor. Deliver us, we beseech thee, from our peril; give strength and skill to all those who minister to the sick; prosper the means made use of for their cure; and grant that, perceiving how frail and uncertain our life is, we may apply our hearts unto that heavenly wisdom which leadeth to eternal life; through Jesus Christ our Lord. Amen.

Posted by David Trumbull at 1:06 PM No comments: