Monday, February 18, 2019, is a federal holiday in the United States honoring George Washington's birthday. Government offices, banks, and some businesses will be closed in observance of the holiday which is annually celebrated on the third Monday in February. Because the date typical falls between the actual calendar date birthdays of presidents Washington and Lincoln, it is commonly called "Presidents Day," although the official designation is "Washington's Birthday."

"The great rule of conduct for us in regard to foreign nations is in extending our commercial relations, to have with them as little political connection as possible. So far as we have already formed engagements, let them be fulfilled with perfect good faith. Here let us stop." 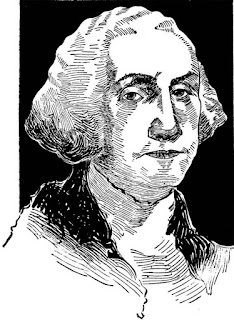 Poor George, both revered and kicked around by us. He was born February 11th but when he was 20 Britain and her colonies finally caught up with Catholic Europe by switching to the Gregorian Calendar, moving his birthday to the 22nd of the month. Then, starting in 1971, the Uniform Monday Holiday Act of 1968 moved the official celebration of his birth to the third Monday in February. In popular parlance we slight our first President by neglecting the legal name of the holiday, WASHINGTON’S BIRTHDAY and refer to it as a generic "Presidents’ Day."

We likewise neglect Washington's sage warning against entangling foreign alliances. Even in our commercial relations our leaders, not content merely to trade with the rest of the world, have entered into binding agreements restricting our ability to control our own commerce, to encourage domestic manufacturing, or even to protect our citizens from unsafe products. Our legal obligations to the World Trade Organization and our bilateral and multilateral trade agreements entangle us in a network of supra-national laws that can, effectively, overturn the actions of our elected Congress and President.

On November 8, 2016, the American people finally said, "Enough," and elected a President who promised to put the interest of the American people first. President Donald J. Trump has fulfilled that promise. As President his first major action was withdrawing the U.S. from the Trans-Pacific Partnership, a monstrosity of a trade deal, calculated to destroy hundreds of thousands of American jobs. In his statement upon exiting the TPP, Trump said:

"It is the policy of my Administration to represent the American people and their financial well-being in all negotiations, particularly the American worker, and to create fair and economically beneficial trade deals that serve their interests."

During the campaign, Barack Obama, who pushed for the TPP, which would have given preferred access to the U.S. market to Islamofascist Brunei and totalitarian Communist Vietnam, said that Trump would need a "magic wand" to fulfill his promises to restore the U.S. economy to health. Well, President Trump found that wand. The President has brought record low unemployment, record high employment, and rising wages, by going back to the wisdom of George Washington.

Posted by David Trumbull at 4:30 PM