Monday is Columbus Day in the U.S.

Monday, October 14th, is Columbus Day, a federal holiday in the United States. National, State, and local government offices will be closed. Observance of the holiday by the private sector varies from region to region. 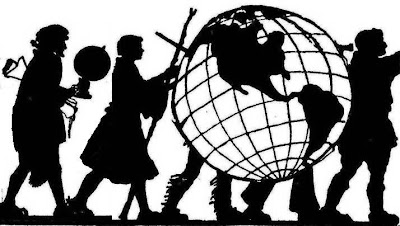 Columbus and the Last Hope of Mankind

"We do not read even of the discovery of this continent, without feeling something of a personal interest in the event; without being reminded how much it has affected our own fortunes and our own existence. It would be still more unnatural for us, therefore, than for others, to contemplate with unaffected minds that interesting, I may say that most touching and pathetic scene, when the great discoverer of America stood on the deck of his shattered bark, the shades of night falling on the sea, yet no man sleeping; tossed on the billows of an unknown ocean, yet the stronger billows of alternate hope and despair tossing his own troubled thoughts; extending forward his harassed frame, straining westward his anxious and eager eyes, till Heaven at last granted him a moment of rapture and ecstasy, in blessing his vision with the sight of the unknown world." -- Daniel Webster, First Bunker Hill Monument Oration, 1825

In Boston we are surrounded by familiar sights -- Old North Church, the Old State House, Old South Meeting House, and the other stops on the Freedom Trail -- that remind us of Boston's unique Revolutionary War history. At 243 years distance from 1775, we are nearly two-and-a–half centuries removed from the beginning of the American War of Independence. In like manner, 1775 was a bit more than two-and-a-half centuries (283 years to be precise) removed from Columbus' discovery of the New World. Independence and the Revolutionary War mark not the beginning, but the halfway point in the history of European civilization in America.

In his remarks, quoted above, Mr. Webster, on the 50th anniversary of the Battle of Bunker Hill, traced the origins of the United States not to the Pilgrims and Plymouth Rock (although he mentions them in the oration), nor to the earlier English settlement of Virginia (not even mentioned by Webster), but to Christopher Columbus and his first "sight of the unknown world."

Others came here earlier -- possibly the Vikings, maybe other Europeans, and certainly the American Indians who arrived most probably from Asia by land-bridge to Alaska. But Webster -- and many of us concur -- begins our history with Columbus. All month we celebrate Italian-American Heritage and we celebrate the brave and persevering Italian navigator who opened the way for immigrants from every nation to settle in this New World and create the United States that remains, to quote again from Webster's speech, "the last hope of mankind." This is a phrase that will be echoed by Abraham Lincoln in his December 1862 Annual Message to Congress ("the last best, hope of earth") and Ronald Reagan in his January 1974 "We Will Be a City on a Hill" speech ("the last best hope of man on earth"). God willing America shall continue for many years as a beacon of liberty.

Posted by David Trumbull at 4:55 PM