ON March 18, 2021, Vice President Kamala Harris administered the oath of office to Katherine C. Tai and swore her in as the 19th United States Trade Representative. Ambassador Tai is the first Asian American, and first woman of color confirmed to serve in the role. Tai previously served at USTR from 2007-2014, most recently as Chief Counsel for China Trade Enforcement. 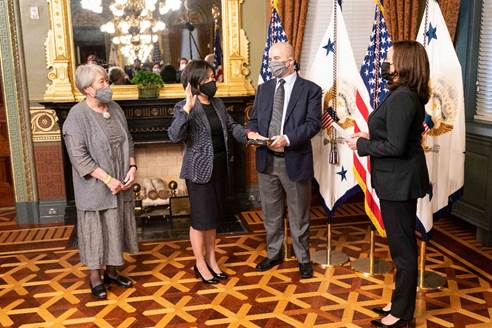 Posted by David Trumbull at 7:50 AM