Thursday is Thanksgiving Day in America

Agathon Associates, will be closed Thursday, November 24th, in celebration of Thanksgiving Day, a major holiday in the United States. All government offices and most businesses will be closed for the day. Many business, other than retail, will also be closed on Friday, the 26th. 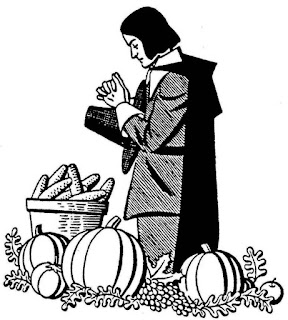 “Whereas it is the duty of all Nations to acknowledge the providence of Almighty God, to obey his will, to be grateful for his benefits, and humbly to implore his protection and favor…I do recommend and assign Thursday the 26th day of November next to be devoted by the People of these States to the service of that great and glorious Being, who is the beneficent Author of all the good that was, that is, or that will be…”-- George Washington, 1789 (from the first National Thanksgiving Day Presidential Proclamation)

The Pilgrims, Puritans, Huguenots, Quakers, Anabaptists, Lutherans, Jews, Catholics, deists, and even atheists who came to America in the colonial period found here freedom not possible in the lands of the Old World where an established church was the norm. Their descendants founded the United States on a radical and untried principle -- no religious establishment and no government interference with religion. What a surprise then to find that the very first Presidential Proclamation issued was Washington’s Thanksgiving Day call to prayer to Almighty God.

Indeed, the only distinctly American holiday is the fourth Thursday in November, which we set aside to thank God for our blessings. Think about it. Christmas is celebrated worldwide, even in some lands where Christians are a small minority. Every nation celebrates New Year’s Day and the various national holidays commemorating great leaders, important battles, and the date of national founding.

Our distinctly American national holiday is a re-enactment -- and re-interpretation for contemporary multi-ethnic and multi-religious American culture -- of that first Thanksgiving in Plymouth, Massachusetts, celebrated by survivors of the Mayflower passage. And, yet, the story is not narrowly the tale of the Pilgrims. Few Americans are literally Mayflower descendants. Most of us do not trace our roots to the East Midlands of England. Most of us do not follow their reformed Calvinist religion. Nevertheless, their story is the American story. It is the story of families that left their homeland for a better life in America.

Did your people come here on sailing ships in the 17th, 18th, or 19th century? Or were they part of the big steamship migration of the late 19th and early 20th century that filled Boston with Irish and Italians? Or perhaps you are a more recent immigrant. Whenever your people came here and by whatever means, they, and you, are part of the narrative we re-tell every Thanksgiving Day.

Posted by David Trumbull at 4:08 PM