This year Independence Day in the United States, the 4th of July, falls on a Sunday. National, state, and local government offices will close on Monday to give give government workers an additional day off. Many private businesses will close as well.

The Long Struggle for Independence
by David Trumbull 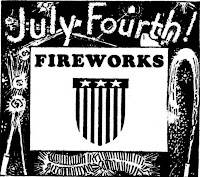 The American Revolutionary War began April 19, 1775, a date celebrated as a public holiday—Patriots’ Day—in the Commonwealth of Massachusetts and the State of Maine. The war became a fight for independence with the July 1776 adoption, by the Americans’ Continental Congress, of the Declaration of Independence.

As you celebrate American freedom this Independence Day remember that independence did not come easily. The war took seven years, with major battles as late as 1781. When, on July 18, 1776, two weeks after the signing, the Declaration of Independence finally completed the long trek on the roads of the day from Philadelphia for the first public reading in Boston, in was not at all inevitable that we Americans should win independence from Great Britain. No one had heard of such a thing as a colony throwing off its mother country. And the idea that untrained volunteer farmer/soldiers would defeat the best professional army and navy in the world was nearly inconceivable.

Coming to aid of the American cause were the Kingdom of France, the Dutch Republic, and the Kingdom of Spain. Provisional Articles of Peace were signed at Paris on November 30, 1782. The final Treaty was signed September 3, 1783. It was ratified by Congress on January 14, 1784, and by the King of Great Britain on April 9, 1784. Ratification documents were exchanged in Paris on May 12, 1784.

The American negotiators, John Adams, Benjamin Franklin, and John Jay, secured, from one of the largest and most sophisticated world powers, a treaty which contained not only an unconditional acknowledgment of American independence, but also important provisions establishing the territory of the United States as stretching from Canada to Florida and from the Atlantic to the Mississippi. American commercial interests were protected by a provision for Americans to continue to fish the waters of the Atlantic off Canada.

The Revolution began with noble sentiment—We hold these Truths to be self-evident, that all Men are created equal, that they are endowed by their Creator with certain unalienable Rights, that among these are Life, Liberty, and the Pursuit of Happiness. It ended with a legal agreement over boundaries and fishing rights. Such is the unchanging course of human events. Noble sentiments are good, even necessary, but they have to be backed up by practical texts. So, having ended the war with the Treaty of Paris in 1783, the next big step for the young nation, in 1787, was to form a more perfect Union, establish Justice, insure domestic Tranquility, provide for the common defense, promote the general Welfare, and secure the Blessings of Liberty—by drafting and adopting our Constitution.
Posted by David Trumbull at 11:50 AM